Q: What are the types of qualifying companies or entities?

Q: Can the Foreign Company be closed while the L-1 employee is transferred to the U.S. Company?

A: No. Both company must remain open and doing business.

Q: What is difference between Executives and Managers for L-1A purposes?

A: An L-1A Executive’s primary functions is to direct the management of the entire organization or one of its major components. Example: President, Vice President, Director or Managing Member. L-1A Executives must establish company’s goals and policies. They also must show that they have broad discretion in decision making. Finally, the Executive receives only general supervision or direction from higher level executives such as the company’s Board of Directors.

First-line supervisors are not considered L-1A Managers unless they supervised professional-level workers.

A Functional Manager is considered an L-1A Manager when he or she manages an essential function within the organization. These functional managers need not manage a department with employees. They only need to manage a function. Also, the person can qualify as an L-1A Manager where he/she utilizes independent contractors and the business is complex.

Q: Is there a U.S. Company size or Foreign Country limitation for the L-1?

A: There is no size limitation for the company, but depending on the size, there will be different type of evidence required. As a general rule, the smaller the company, the more documentation. Also, there is no foreign country limitation such as the one for E Visas.

Q: How can L-1A Visa holders apply for a Green Card?

A: A major benefit for L-1A holders is the ability to apply for a Green Card (Permanent Residence Status) without filing a Labor Certification. This saves time and expenses. The Green Card can be filed after the U.S. company has been in business for over 1 year. However if the Manager or Executive was employed with the overseas branch for one year, L-1A status is not required to apply for the Green Card unless you are starting a new company in the U.S.

Knowledge which is widely held or related to common practices or techniques and which is readily available in the United States job market is not specialized for purposes of L classification.

Q: I am the President of a Foreign Company. Can I open a U.S. Company (subsidiary) and apply for an L-1A Visa for myself?

A: Yes you can. USCIS will initially approve your L-1A Visa for a period of one year. It can be renewed for a total of 7 years. USCIS will require evidence of a business plan including financial projections for the U.S. Company Star-up. The Foreign Company (parent) will have to show that it has been conducting business for over one year.

USCIS will consider several factors such as amount of investment, intended personnel structure, product or service to be provided, physical premises, and viability of the foreign operation. It is expected that a manager or executive who is required to open a new business or office will be more actively involved in day-to-day operations during the initial phases of the business, but must also have authority and plans to hire staff and have wide latitude in making decisions about the goals and management of the organization.

Q: How much capital does the law require that I have for our new U.S. subsidiary?

A: There is no set capital amount required by law. Whatever is normal for your industry is recommended.

A: The L-2 spouse of an L-1 visa holder can obtain Employment Authorization and use it to work for any U.S. employer without restrictions. The L-2 child is not permitted to work.

Q: How does the petitioner (U.S. Company) prove the ownership relationship?

A: The Stock Certificates are the best way to show ownership. Also, the U.S. Company can provide copies of its Shareholder Agreements, Managing Member Agreement, By-laws, Articles of Incorporation and Federal Tax Returns showing shareholder distributions.

Q: Is there an immigration court in Fishkill, NY?

A: The answer to this question is yes. It is called Downstate Correctional Facility and is located at 121 Red Schoolhouse Rd Fishkill, NY 12524

Q: What types of immigration cases are handled at Downstate Correctional Facility?

A: This immigration court handles the detained docket for immigrant detainees held at Downstate Correctional.

Q: Who is the immigration judge at Downstate Correctional Facility?

A: The immigration judge is Roger Sagerman.

Q: What should I do if I have an acquaintance, friend or loved one detained at Downstate Correctional Facility?

A: The best thing that can be done for an immigrant detainee at Downstate Correctional facility is to get them out of there ASAP. To do this you should speak with and plan on immediately retaining an attorney.

Q: Do I really need an attorney? Can’t my loved one just tell the judge what is going on and the judge will listen?

A: Realistically you loved one is in a very serious situation. First they are detained and immigration is likely attempting to deport them. There will be a highly trained government attorney arguing against them and it is unlikely your loved one stands much chance without counsel. Of course there is no requirement your loved one have an attorney but based on the serious ramifications they stand little chance without one.

Q: What can an attorney do for them?

A: An attorney can determine what relief might be available from the immigration judge to allow them to remain in the country. Likewise a good attorney will reach out to detention and removal and try to convince them to release them or issue a bond.

Q: What can be done if detention and removal will not agree to release my loved one?

Q: What are some of the things the immigration judge will look at when determining whether a detainee warrants a bond?

A: The judge will mainly look at whether the detainee is flight risk or risk to the community.

Q: What determines if a detainee is considered a flight risk or risk to the community?

A: The judge will look at many factors, including the detainees criminal and immigration history, whether the individual has strong employment and family ties and other similar factors relevant to such an inquiry.

Q: My loved one is in jail and isn’t going anywhere so I must have plenty of time to look for an attorney and figure out what we need to do?

A: Not really detention and removal can and often will transfer a detainee to another facility without warning. These facilities are often far from home, such as in Georgia, Texas or Louisiana. When the detainee is there, they will file and serve the notice to appear in that jurisdiction. This means the court where they are transferred now will hear their case. It doesn’t matter if all their witnesses and family is still in New York, the immigration judge won’t care. So if they are transferred to Georgia, the Georgia immigration Court will hear their case. Any witnesses and/or attorneys will now need to appear in Georgia.

Q: How can I prevent my loved one from being transferred to another facility?

A: There is no full proof way but the sooner an attorney gets involved the less likely it is the case will be moved so far away. Also, the attorney can immediately file a motion for bond hearing and hopefully get their case before the local immigration judge or better yet get them released on a bond.

Q: If my loved one is released on a bond, what happens next, does the case against them continue?

A: A bond does not end the removal proceedings against your relative but it will significantly increase the chances it can be successfully resolved. It is much easier to fight an immigration case when you are free rather than jailed. Moreover, when a detainee is released their case will go on the non-detained docket and will proceed more slowly, allowing them much more time to get their ducks in a row to properly fight their case

Q: Where can I find an immigration attorney that handles detained and bond matters in Fishkill, NY?

A: Law offices of Nicklaus Misiti, PLLC. handles such cases in the Fishkill Correctional Center. We have offices in Poughkeepsie, NY and Manhattan. We have successfully resolved immigration court proceedings for many of our clients, while at the same time fighting to obtain a reasonable bond.

"Nicklaus is an excellent immigration lawyer, very helpful and professional. My family and I have had worked with him over the past few years and we are very satisfied with his work. I would highly recommend Nicklaus to anyone who seeks immigration lawyer."

"Nicklaus is an excellent immigration lawyer, very helpful and professional. My family and I have had worked with him over the past few years and we are very satisfied with his work. I would highly recommend Nicklaus to anyone who seeks immigration lawyer." 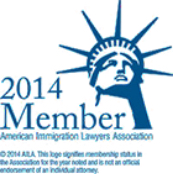 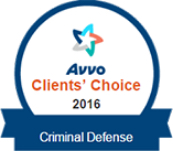 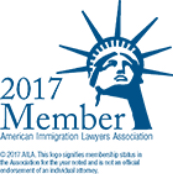 Call us or fill out the form to schedule a consultation.